On the best track

From 11th to 21st August 2022, the multi-sport European Championships are being held in Munich. Exactly 50 years after the 1972 Olympic Games, the European Championships in 9 different sports are being held at the same venue. After 20 years, Günter Benisch’s world famous Olympiastadion sees the return of the European Athletics Championships. This iconic venue, rich in tradition, will be one of the top attractions at this mega event, hosting 50 exciting competitions for European gold. For this great occasion, the existing running track is being renewed – by REGUPOL.

REGUPOL is the Official Track Supplier for the European Championships Munich 2022! What tipped the balance in favour of this traditional enterprise from Bad Berleburg was the combination of know-how, experience and the 4.0 technology developed by REGUPOL. This new technology saves one complete work stage when installing the running track surface. Sealing the base mat, which prevents it being penetrated by the self-levelling PUR wear layer during installation, is no longer necessary. The mat can now be coated directly with polyurethane without any additional stages between. This saves time, material and money. The consistent and proven physical properties of REGUPOL champion surfaces remain unchanged, while the adhesion of the wear layer to the REGUPOL base mat is significantly improved – facts which, naturally, also apply to the track in the Munich Olympiastadion. 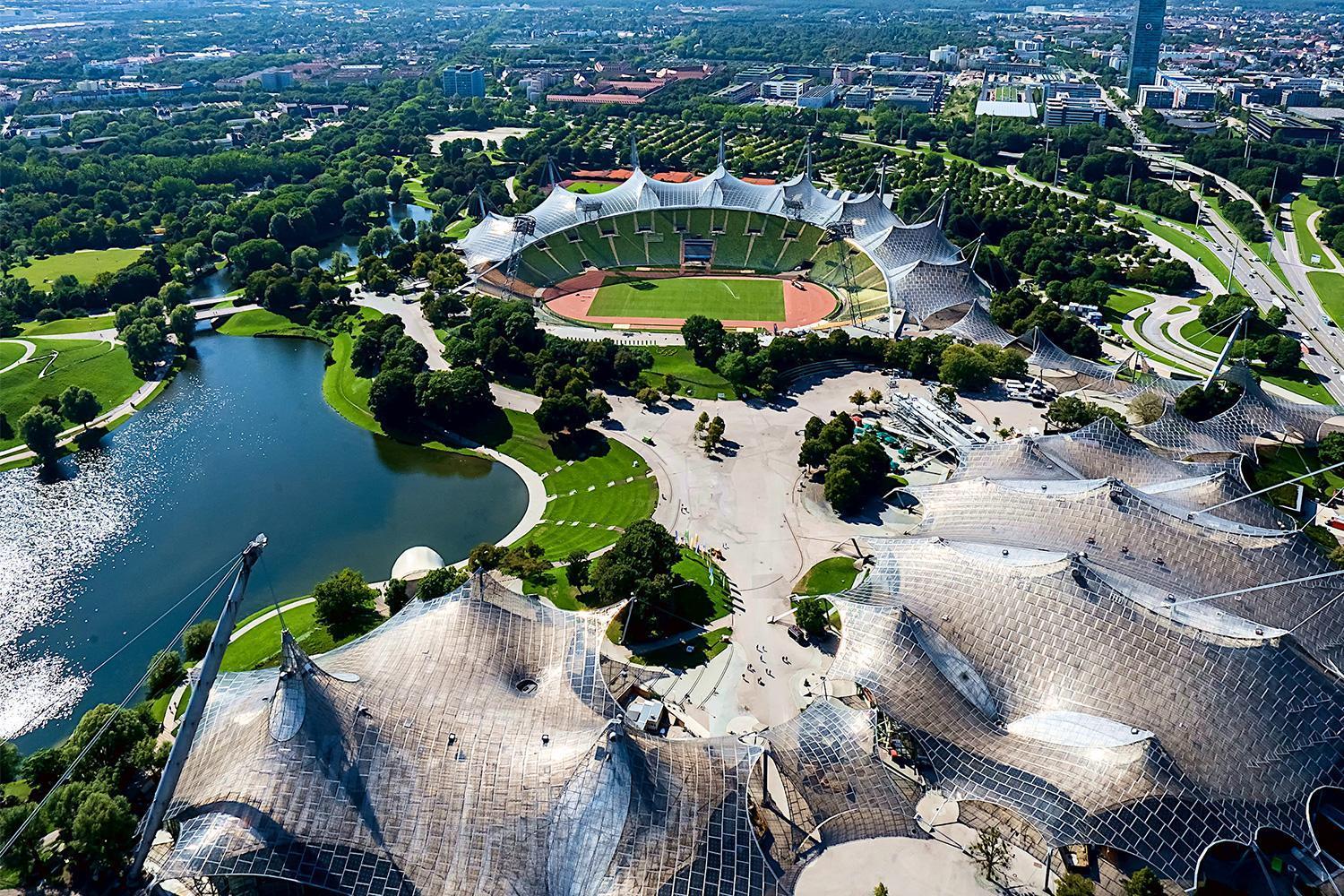 Back to the roofs

With the European Championships Munich 2022, the City of Munich will be hosting its biggest sporting event since the 1972 Summer Olympics. Some 4,700 sportsmen and women from 50 nations are expected and will be competing in athletics, beach volleyball, canoeing, climbing, cycling, rowing, table tennis and gymnastics.

This return to the legendary Olympiapark with its world famous tent-roof structure holds the promise of top-class sport combined with an unforgettable atmosphere in a very special location.

The most extensive programme, covering almost all the 50 athletics medals to be decided, will be held in the Olympiastadion (the only exceptions being the marathon and the walking events).

To mark the occasion, all the athletics facilities over an area of 8,500 m² are to be redesigned. Because in recent years the Olympiastadion has been used almost exclusively for concerts, which have very different surface requirements, the running track was given a red asphalt surface some years ago.

When planning the European athletics championships, however, those responsible realised they would need a completely different kind of surface, one that would have to meet the highest demands of international top-class sport and that could be covered quickly for concerts and similar events. Ideal would be a solution that would not require the entire asphalt surface to be removed.

Once planning for the European Championships Munich 2022 began, the organisers brought in REGUPOL expertise. It quickly became clear that an efficient and cost-effective redesign would be possible with the REGUPOL champion AG 4.0 technology, because this process allows the asphalt to remain in place and have a new surface laid on top.

For over 50 years, REGUPOL has been building running tracks and other sports surfaces for all kinds of uses and all sporting levels. Internationally, the athletics facilities in Berlin’s Olympic Stadium are one of the most famous projects - due in part to the track’s striking blue colour, but also to the spectacular world records set by Usain Bolt on this very track in 2009.

This combined expertise and experience was another reason why the client, Olympiapark München GmbH, chose to entrust REGUPOL with this very demanding assignment – this time however, monument preservation requirements demanded a red surface.

“The project will be completed in May 2022 and we are very proud to be the Official Track Supplier for the European Championships Munich 2022,” says the responsible sales manager Dominik Bach.