Renovation of the Estadio Félix Capriles in Cochabamba (Bolivia)

The Estadio Félix Capriles in Cochabamba (with its 1.1 million inhabitants, the third largest city in Bolivia) is a multifunctional stadium with a significant history. The stadium was completely renovated in order to host the 2018 South American Games in Cochabamba. In the process, its future viability was decisively expanded. In addition to football and concerts, the comprehensive redesign of the interior also makes it possible to hold international athletics events in front of 32 000 spectators. The stadium was opened in 1944. It was planned by the well-known architect José Villavicencio. Its namesake was the sports sponsor, politician, composer and footballer Félix Capriles Sainz. The capacity of the stadium was extended with the construction of bleachers in the north and south curve area on the occasion of the Bolivian Games in 1993. Furthermore, a running track was incorporated. Four years later, for the America's Cup in 1997, the lighting systems, the grandstand and the media areas were improved. Further expansion projects such as the extension of the grandstands failed due to the difficult construction conditions, especially on the rocky ground and with underground water sources. Instead, the South American Games from 26 May to 8 June 2018 were used as an opportunity to functionally and qualitatively improve the Estadio Félix Capriles. 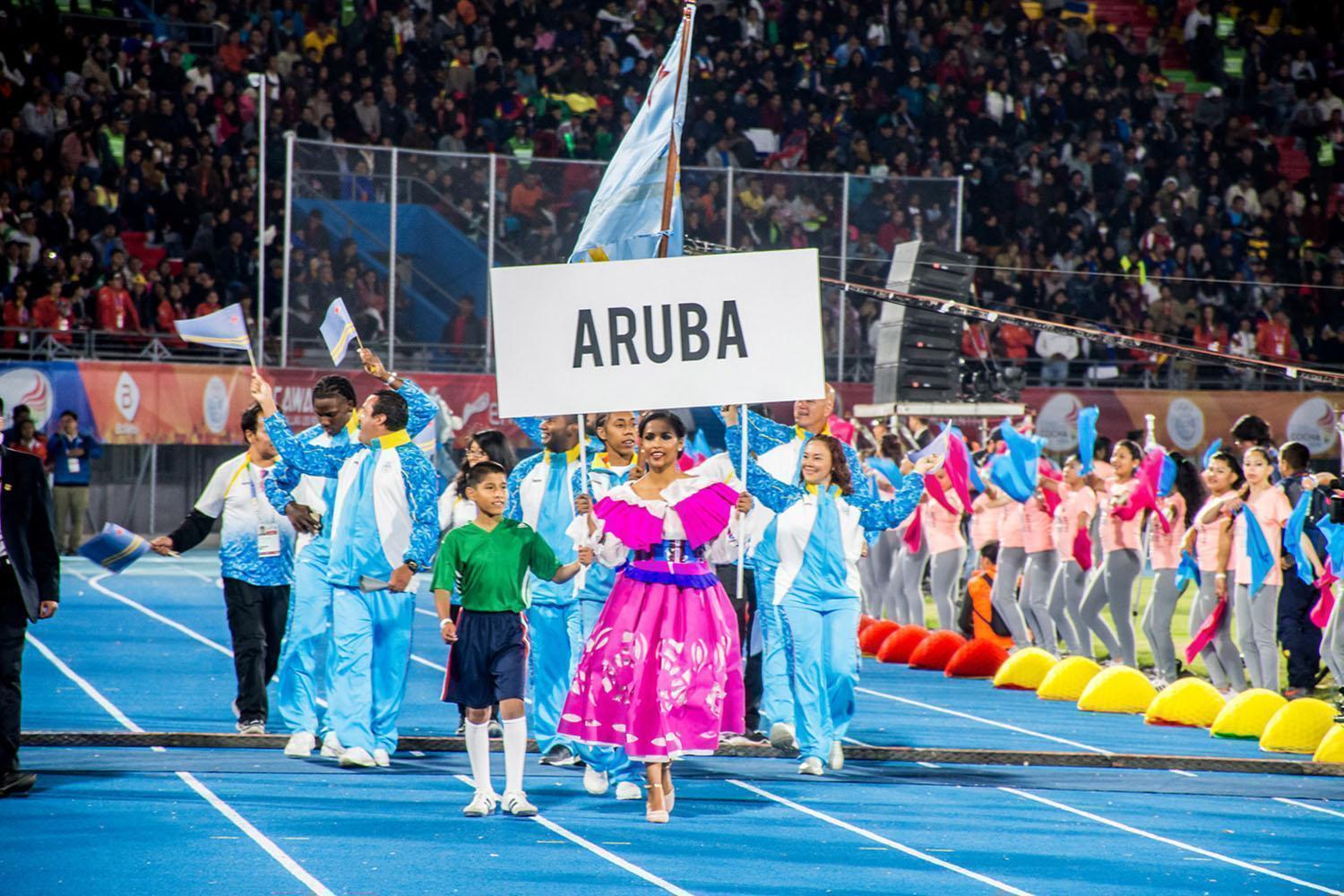 The stadium has great emotional significance for Bolivia, since the national football team made history here on March 31, 1963, beating Brazil 5-4 in the final and decisive game (the tournament was played in group mode, so there was no final), becoming South American champions for the first and, so far, only time. Today, the Estadio Félix Capriles is home to three major football clubs: Ten-time Bolivian football champions Club Jorge Wilstermann, the first division Club Aurora and Club Enrique Happ (Division B) all play their home games here. In addition, the stadium is being used for larger concerts and, in the future, also for athletics events. The Estadio Félix Capriles has been completely redesigned for the 11th South American Games "Cochabamba 2018". The redesign of the athletic facilities, in particular the installation of the eight-lane track, was the most important measure for future use of the stadium. The existing substructure had been completely depleted over the years and the drainage was hardly functional. The existing running track had only six lanes. For international competitions, however, eight lanes are required. Cochabamba lies at an altitude of 2 582 metres, the Estadio Félix Capriles being the tenth highest stadium in the world. There are not many experts here who are familiar with the problem of gradients or wastewater management in the renovation of running tracks. The renovation therefore made high demands on people and materials. The new track in the Estadio Félix Capriles is a product of the German sports floor manufacturer BSW. This is immediately recognisable by the typical blue, a trademark of the company since the remodelling of the Berlin Olympic Stadium. In addition to the globally recognised quality of the material, BSW also integrated its worldwide network into the project. Experienced installation technicians from Bad Berleburg, together with 15 specialists of contractors Estrutec SRL from Cochabamba, completed the entire installation in just 23 days. The consultant and coordinator on-site was the long-standing BSW partner office HEG Sports Facilities, from Costa Rica.

The entire area, covering more than 7 000 m², was given a new substructure, new drainage and consistently standard asphalt with the inclinations required for international competitions: 0.8% gradient of the track from outside to inside and 0.4% radial in the “D-areas”. The special feature of the Regupol AG track system lies in its structure: The base layer consists of factory-prefabricated rolls which are glued to the asphalt base. EPDM granules are strewn in a liquid layer of polyurethane for the running surface. The result is a seamless sports surface with many advantages: The surface is extremely homogeneous, the track is equally thick at every point and its physical properties are identical everywhere. Furthermore, installation with this procedure is quick and inexpensive – even in the tenth highest stadium in the world. The extension from six to eight lanes required for hosting international competitions was achieved through the demolition and removal of boundary fences and concrete surfaces and subsequent level-adjustments. The work was repeatedly interrupted by boycotts or stadium closures. Nonetheless, the improvisation and cooperation between BSW, Estrutec and HEG kept the project "on track" at all times. 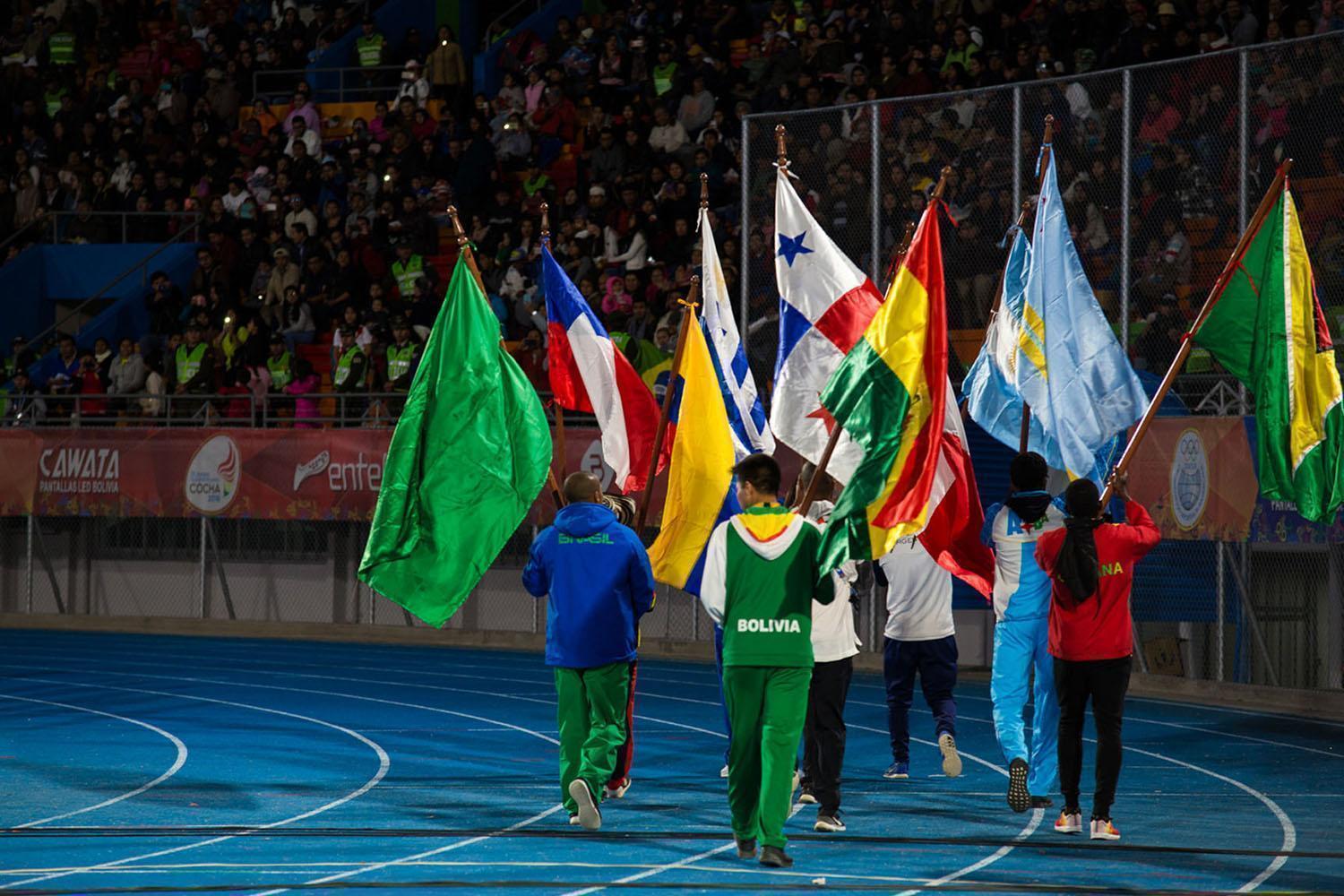 Also the spectator areas of the Estadio Félix Capriles were in dire need of renovation. This included the substructure, lighting, supply areas and surfaces of all four concrete grandstands. The changing rooms and medical and sanitary facilities for athletes and volunteers were also renovated. The areas and rooms for media, VIPs and officials, necessary for international events of this size, were completely redesigned. Finally, safety at the Estadio Félix Capriles was significantly enhanced through security glazing and fire protection equipment such as sprinkler systems. The new Estadio Félix Capriles passed its new designation during the 11th South American Games "Cochabamba 2018" with flying colours. Now it is not only available to the three football clubs and for concerts, but also for athletics – both for training and competition. More is hardly possible.